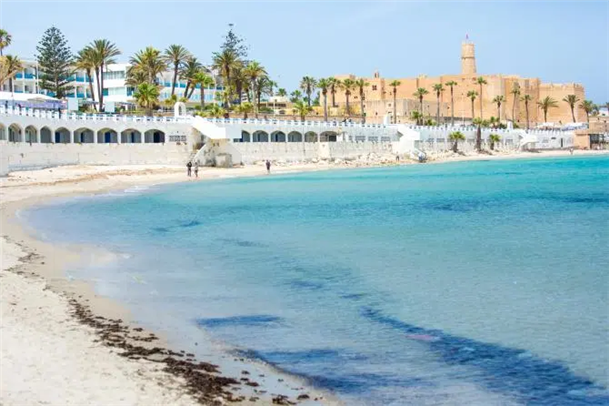 It was an interesting time recently for one of our staff members, Rhys Henly, when a relaxing holiday with his partner Sophie turned into a nightmare.

It should have been the perfect holiday, with Rhys celebrating a recent promotion to the role of Consultant for UK Contracts (well done Rhys!)

We’d waved Rhys off on his holiday to Tunisia, expecting him to return with stories of rest, relaxation, and maybe a few holiday snaps to share with us. Imagine our surprise to find that he was caught up in a hostage situation that became a national news story!

The Les Orangers resort hit the headlines in late September when they prevented a group of guests from leaving the hotel, in a dispute over unpaid bills from Thomas Cook.

Instead of boarding the transfer coach to take them to the airport, armed security guards and police locked the gates under the instruction of the hotel management. The hotel even turned off the Wi-Fi, leaving the panicked guests unable to contact anybody.

The startled holidaymakers were told they could not leave without paying their hotel bills- but the accommodation had already been paid to Thomas Cook.

Sophie even filmed a video of the ordeal. In the video, you can see that the gates are barricaded, and the guests are unable to exit.

We were all pretty relieved that the situation was quickly sorted out in a matter of hours, and Rhys and his partner Sophie were able to fly back to the U.K unscathed–physically and financially!