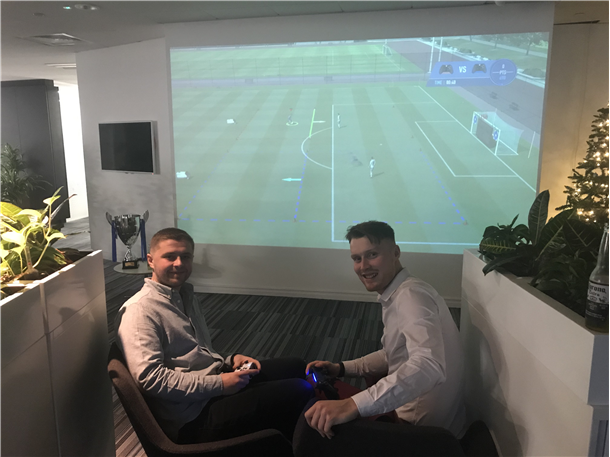 At Kintec, we work hard, and we play hard. Keeping work fun and engaging is important to us, so we regularly run various competitions and social events.
In December 2019 we held a FIFA tournament in the office. Contestants pitted their gaming skills against each other on both PS4 and Xbox One consoles. There was plenty of interest with a number of our employees taking part in the competitive fun.
There were some outstanding performances across the employees that took part, but we eventually got down to our two finalists. Our final two were Rhys Henley – the reigning title holder from our April 2019 FIFA tournament- and Matt Hunter.
After a closely fought match, Matt took the title from Rhys to become our December 2019 champion.
His hard-won trophy was engraved with his name and the date.
We’re looking forward to the next tournament to see if anyone has what it takes to become our next FIFA champion.